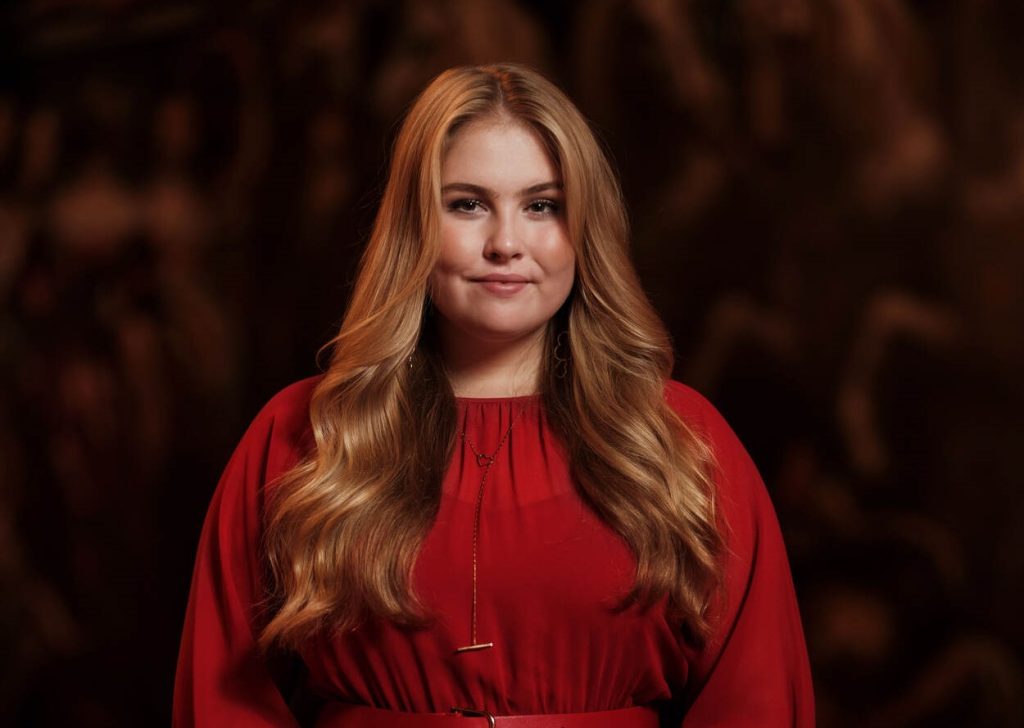 Catharina-Amalia, Princess of Orange (born 7 December 2003) is the presumptive monarch of the Kingdom of the Netherlands, which is made up of the nations of Aruba, Curaçao, the Netherlands, and Sint Maarten.

Princess Catharina-Amalia Beatrix Carmen Victoria was born at 17:01 CET on 7 December 2003 in the HMC Bronovo in The Hague. She is the first child of then-Prince Willem-Alexander (now king) and Princess Máxima, 101 salute shots were fired at four locations within the Kingdom of the Netherlands upon the announcement of her birth: Den Helder and The Hague in the Netherlands, Willemstad in Curacao, and Oranjestad on Aruba.

The Rev. Carel ter Linden baptized Catharina-Amalia on June 12, 2004, in The Hague’s Great Church. Herman Tjeenk Willink, the (then) vice-president of the Council of State of the Netherlands, Crown Princess Victoria of Sweden, Samantha Deane, her uncle Martn Zorreguieta, and friend of her father Marc ter Haar serve as her godparents.

Jorge Zorreguieta and Mara del Carmen Cerruti Carricart, Catharina-maternal Amalia’s grandparents, were unable to attend her parents’ 2002 wedding because of Zorreguieta’s involvement with General Jorge Rafael Videla’s regime, but they were present at her baptism, which was a private rather than a state event.

Catharina-Amalia is the oldest child of King Willem-Alexander of the Netherlands and Queen Maxima.

On April 30, 2013, her father assumed the crown, making her the heir apparent to the Dutch throne.

Catharina-Amalia began attending Bloemcamp Primary School, a public elementary school in Wassenaar, in December 2007. She attended the Christelijk Gymnasium Sorghvliet in The Hague after finishing primary school, where her aunt Princess Laurentien was a student.

She earned a distinction in her 2021 graduation. She declared that she will take a gap year after graduation and declined to accept her entitlement to €1.6 million in income per year during that time, saying that it would make her “uncomfortable as long as I do nothing in return.”

The Princess volunteered and completed an internship with the Orange Fund during her gap year. Catharina-Amalia has been enrolled at the University of Amsterdam from 5 September 2022 to pursue a BSc in Politics, Psychology, Law, and Economics (PPLE).

She is bilingual in Spanish, English, and Dutch. She also attended Mandarin Chinese language sessions.

Catharine Amalia has an estimated net worth of $1.5 million. She is the presumptive monarch of the Kingdom of the Netherlands, which is made up of the nations of Aruba, Curaçao, the Netherlands, and Sint Maarten.