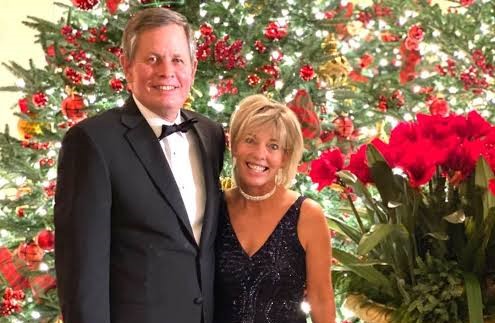 Cindy Daines, who was born in 1962, is the wife of an American politician and a corporate executive.

Cindy Daines is married to Steve Daines a former corporate executive and current American politician who has represented Montana as a junior senator since 2015.

He was a Republican who represented Montana’s at-large congressional district in the United States from 2013 to 2015.

They got engaged on a mountain summit after meeting at church.

Cindy Daines and Steve Daines are the parents of David, Annie, Michael, and Caroline. On the same day as the Brett Kavanaugh vote in October, Daines led his daughter Annie down the aisle.

Cindy Daines has an estimated net worth of $1 million. She is the wife of an American politician and a corporate executive.