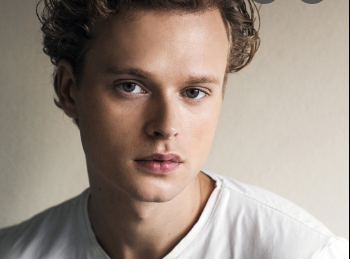 Edvin Endre (born July 1, 1994) is a Swedish actor best known for playing ‘Mister’ in the 2013 Swedish comedy film Studentfesten. From 2014 to 2016, he portrayed Erlendur, the son of King Horik, in the historical drama television series Vikings.

Endre is the son of Swedish actress Lena Endre and former footballer and actor Thomas Hanzon.

Lena Endre (born 8 July 1955) is a Swedish film and television actress best known for her roles in the Liv Ullmann film Trolösa (2000) and the Millennium series of films (e.g., The Girl with the Dragon Tattoo), which are based on the eponymous trilogy of Stieg Larsson books. Endre made her English-language debut in Paul Thomas Anderson’s The Master in 2012, alongside Joaquin Phoenix and Philip Seymour Hoffman.

Sven Thomas Hanzon (born 20 June 1962) is a Swedish actor and former footballer who works at the Royal Dramatic Theatre in Stockholm.

He was born in Stockholm, Sweden in 1962. He collaborated with Ingmar Bergman on film and stage. He has two children from his marriage to Swedish actress Lena Endre, and he now lives in Stockholm with his wife, Sa Hultman.