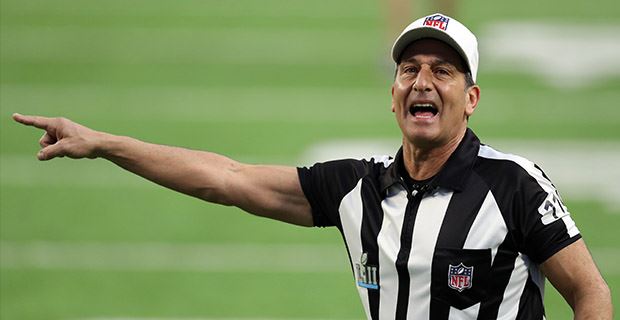 Gene Steratore, who was born on February 8th, 1963 is an American football referee who worked for the National Football League (NFL) from 2003 until his retirement in June 2018.

He also served as a Division I men’s basketball referee for the National Collegiate Athletic Association (NCAA) from 1997 to 2018.

Steratore has worked as a rules commentator for CBS Sports since the fall of 2018, covering events like the NFL on CBS, the SEC on CBS, college basketball on CBS, and the CBS/Turner NCAA March Madness.

Gene Steratore resides in Pittsburgh’s suburb of Washington, Pennsylvania, his hometown. Tony, Gene’s older brother and another NFL official, is a back judge on Jerome Boger’s crew at the moment. Gene Steratore Sr., his father, was a basketball and college football official.

In addition to working as an NFL referee, Steratore and his brother are co-owners of Steratore Sanitary Supply in Washington, Pennsylvania.

Gene Steratore temporarily took over as referee during the game between the Carolina Panthers and New York Giants because Bernie Kukar, the crew chief, was hurt after a play in which he was hit in the back by the Giants’ Clarence LeBlanc during a blocked punt on December 28, 2003.

On January 10, 2009, in Charlotte’s Bank of America Stadium, Steratore officiated his first NFL postseason match between the Arizona Cardinals and the Carolina Panthers. He officiated the American Football Conference (AFC) Wild Card game between the Baltimore Ravens and the New England Patriots, which the Baltimore team won 33-14 at Gillette Stadium in Foxborough, Massachusetts, exactly one year later.

During the opening game of the 2010 NFL season between the Detroit Lions and the Chicago Bears at Soldier Field in Chicago, Steratore was a part of a contentious instant replay call. Calvin Johnson, a Lions receiver, scored what was first determined to be the game-winning touchdown for Detroit late in the fourth quarter. Johnson lost possession of the ball while falling to the ground before he “finished the process of completing the catch,” according to Steratore, who reversed the call of an incomplete pass after consulting with the officials.

The NFL defended Steratore, as did Mike Pereira, the organization’s former vice president of officiating. Since then, the regulation has been known as the “Calvin Johnson rule.”

After the 2012 NFL referee lockout, Steratore was chosen to officiate the first game, a Thursday night match between the Cleveland Browns and the Baltimore Ravens, on September 27, 2012.

On January 19, 2014, the Seattle Seahawks and San Francisco 49ers played in the NFC Championship, with Steratore serving as the official referee.

Gene Steratore has an estimated net worth of $2 million. He is an American football referee who worked for the National Football League (NFL) from 2003 until his retirement in June 2018.