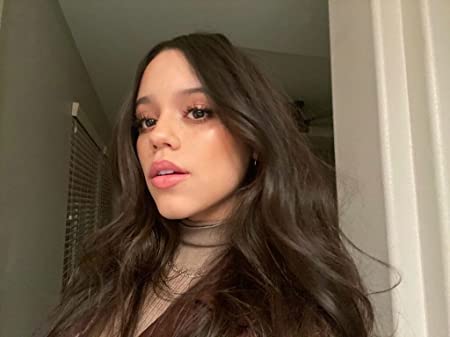 Jenna Marie Ortega is an Actress American. She began her acting career as a young child, winning praise for her portrayal of the young Jane in the comedy-drama series Jane the Virgin on The CW.

She made a name for herself as Harley Diaz in the Disney Channel series Stuck in the Middle, for which she was nominated for an Imagen Award.

Jenna Ortega on September 27, 2002, the fourth of six children, was born in Coachella Valley, California. Her mother is of Mexican and Puerto Rican ethnicity, and her father is Mexican.

Since she has not “truly lived a normal lifestyle” due to her work, Ortega has voiced sadness about missing out on high school’s traditional high school experience and teenage milestones like prom and graduation.

Jenna Ortega started showing interest in performing when he was six years old. She started getting auditions at the age of eight with the assistance of her mother and agents, and in 2012, she made her acting debut in a cameo role for Rob in the episode “Baby Bug.” After that, Aimee Moore made an appearance as herself on the CSI: NY episode “Unspoken.” She made her acting debut in 2013 with a bit part as the vice president’s daughter in the superhero blockbuster Iron Man 3. After that, Ortega played Annie, a minor character, in the horror movie Insidious: Chapter 2, the second installment in the Insidious trilogy. The box office results for both movies were positive.

In addition to playing the recurring younger version of Jane in the romance drama series Jane the Virgin from 2014 to 2019, Ortega was cast as Zoe Leon in the 2014 television series Rake. She appeared in the direct-to-video comedy movie The Little Rascals Save the Day as Mary Ann in 2014 as well. As part of the primary cast of the critically panned Netflix original series Richie Rich in 2015, Ortega was cast as Darcy, a gold-digger who spends Richie’s money even without his consent. She played Anna Chapa in the movie After Words that same year.

After that, Ortega went on to play Harley Diaz, the middle child of the seven Diaz brothers and an ambitious inventor, in the Disney Channel sitcom Stuck in the Middle from 2016 to 2018. The program was warmly appreciated, and Ortega was nominated for two Imagen Awards in addition to winning one for her performance. She joined the cast of Disney’s Elena of Avalor that same year and provided the voice of Princess Isabel until the show’s 2020 finale. She co-won another Imagen Award with the cast for the well-liked program, and in 2019 she received another nomination. She appeared in Jacob Sartorius’ “Chapstick” music video in 2017, which also features the singer. Ortega played Sartorius’ love interest in the video, which attracted a lot of media attention.

In the 2019 Netflix horror movie The Babysitter: Killer Queen, Ortega was cast as Pheobe. Because it was a sequel, she explained, “all of the other cast members already knew each other… I went on the set worrying because I didn’t know what I was doing.” She later admitted that she had been “very apprehensive” when they started filming. In September 2020, the movie was released, and critics gave it a mixed bag of reviews. In the Netflix animated series Jurassic World Camp Cretaceous in 2020, Ortega provided the voice of Brooklyn. Mixed reviews for the show were given, while the rest of the cast and Ortega’s voicing received appreciation. A second season of the show was ordered and will premiere in 2021. Ortega said in 2020 that the book It’s All Love, which was published in January 2021, would serve as her writing debut. After being cast in the Netflix comedy film Yes Day in 2019, Ortega went on to play Katie Torres; the movie was released in March 2021 to mixed reviews, however her acting was lauded.

Ortega portrays Wednesday Addams in Tim Burton’s spooky television series Wednesday (2022), which she dubbed a “new chapter” in her career and that she hoped will “give Wednesday Addams honor.” Ortega undertook training for the part in order to “The biggest physical change I’ve ever had is a black hair cut, and this time, I’m attempting to use various mannerisms, speaking cadences, and facial expressions. It surprises me as well as the viewers, in my opinion.” Later, Ortega described the production of season one as “the most difficult work” she had ever had and talked about how she was always perplexed and stressed out about the path the show and character were taking. She received a lot of praise for her work on the show, with some critics even calling it the best interpretation of the character they had seen.

Alongside Tommy Lee Jones, Ben Foster, and Toby Wallace, Ortega will next appear in the thriller Finest kind, a Paramount+ production, and return as Tara Carpenter in the untitled sixth Scream movie. She will join the cast of Miller’s Girl, produced by Point Grey and Lionsgate, in September 2022, starring Martin Freeman. The material is hazardous, according to Ortega, who termed her character in Miller’s Girl “the most intricate character I’ve ever portrayed.”

Jenna Ortega back in October 2018, had a romantic relationship with actor Asher Angel, who has roles in movies like Shazam! and Jolene. When the two seemed to be dating at Just Jared’s annual Halloween party, the accusation was made.

They continued to arrive in a group. In 2018, it was found that Asher Angel and Jenna Ortega had gone to the premiere of Venom and a fashion show. Following that, Asher uploaded a picture of his exchange with Jenna to Instagram along with the caption “this one” and a red heart emoji.

In New York, Jacob Sartorius and Jenna Ortega were seen strolling together, kissing. The movie’s two leads travelled throughout New York City on a date, participating in carnival games, enjoying ice cream, and crossing the Brooklyn Bridge together.

During an appearance on the Just Between Us podcast with Bailee Madison and Kaitlin Vilasuso last year, Jenna Ortega denied dating either Asher Angel or Jacob Sartorius.

Jenna Ortega has an estimated net worth of $3 million. She is an Actress American. She began her acting career as a young child, winning praise for her portrayal of the young Jane in the comedy-drama series Jane the Virgin on The CW.