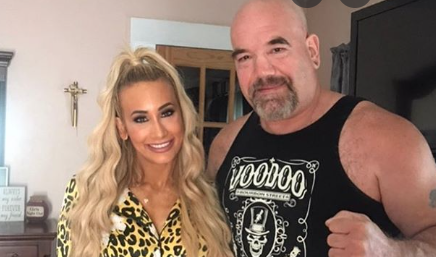 Paul Van Dale was born in Massachusetts United States on March 6, 1960. He is of Italian and Dutch descent.

Paul Van Dale began his career in the 1980s where he debuted in WWE/WWF. He wrestled against big names in wrestling such as Jimmy Snuka, Razor Ramon, Papa Shango, Shawn Michaels, Diesel, and The Big Boss Man.

Paul Van Dale’s daughter is Leah Van Dale. She is also a professional wrestler. She grew up in Spencer, Massachusetts, and attended David Prouty High School, where she graduated in 2006. In 2010, she graduated from the University of Massachusetts Dartmouth.

Van Dale signed a contract with WWE in June 2013 and was assigned to their developmental brand NXT in Orlando, Florida. She joined forces with Enzo Amore and Colin Cassady in October 2014, becoming their manager.

Former pro wrestler Paul Van Dale has an estimated net worth of $800,000. He began his wrestling debut in the 1980s.